Early in her life, all she wanted was to sing for God.

She listened to classic Christian songs and read volumes about music evangelists.

And when her desire to form a band met with setbacks, Felicia Modupe Olulana did not give up, but continued to train her voice and even offered to sing in concerts and countless meetings of Christian faithful for free.

In 1980, the tragic loss of her father further re-ignited the passion for singing, an endeavour that was dear to her heart.

So, it came as no surprise when, after 20 years on stage, the soft- spoken lady became the toast of lovers of gospel lyrics at the Sheraton Hotels and Towers, Ikeja, Lagos where dignitaries, including Princess Toyin Adedoyin, wife of the renowned businessman, Prince Samuel Adedoyin, Bishop Mike Bamidele of Victory Chapel, Ilesa, Osun State, Dr. Sola Olatunbosun, Bishop Godwin Elomobo and Pastor Tosin Alao among several others, attended her musical session.

At the well attended event, she left no one in doubt about her ability to dazzle as she thrilled the gathering to soul-lifting songs, a feat which she attributed to divine blessing.

Obvious in her style, however, was the maturity of rendition which only 20 years of singing and the blessing of God can bestow.

Ironically, two decades also seemed like yesterday as the guests wondered whether Olulana who wriggled her body ceaselessly as she rendered tunes, was the same person celebrating such long years on stage.

“God has been faithful to me and I urge you all to commit your ways to Him because He is the only one who can determine the outcome of any event in this world”, she said to the delight and admiration of the gathering.

Mrs. Olulana was raised by devout Christian parents who instilled in her the fear of God and respect for elders.

These, plus hard work and a relentless pursuit of excellence, are the attributes which she has constantly demonstrated to the younger generation of gospel singers, many of whom she trained.

Today, her students are in various parts of the country, Europe, the Americas and South Africa.

According to Pastor Kola Olulana, the Founder of Olulana and Hosanna Band, and her husband, several events have been lined up to celebrate the artiste in several parts of the world.

“Some of her former students who are now making waves in Europe, America and South Africa are clamouring for her to come to their bases, and have lined up a year-long programme of events to mark her stage career”, he said.

Evidently thrilled by the success of his wife, he thanked God for His sustenance and mercy.

To him, it was only by God’s grace that her wife has gone this far in the music industry.

Felicia Olulana, popularly known as Dupe Olulana, was born in the 60s in Ibadan, Oyo State, to the late Joseph and Mary Olatunbosun.

After her elementary and secondary education, she studied nursing at the University of Lagos Teaching Hospital (LUTH), Idi-Araba between 1978 and 1981.

The nurse turned gospel singer began her career at LUTH in 1980 and joined The Assurance Voice, one of Nigeria’s legendary and foremost gospel bands.

While in the group, she met Pastor Kola Olulana who she later married. The couple are blessed with five children.

The duo inaugurated The Hosanna Band with a debut hit single, Jesu Mbo 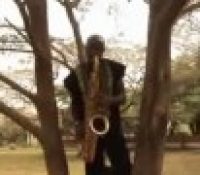 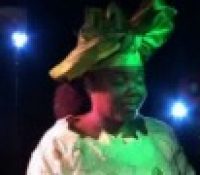 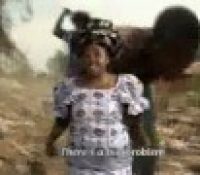 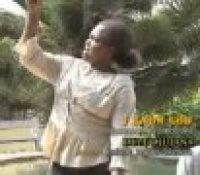 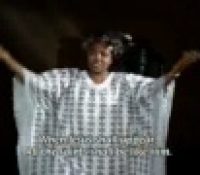 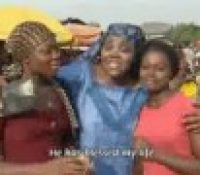